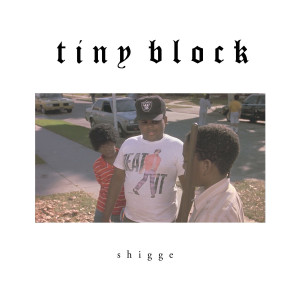 Time for MAP, and this month we highlight one of the top names on Fukuoka’s Yesterday Once More label, Shigge. Check it, and way more from around the world, out below.

Over the past two years, the city of Fukuoka on the western side of Japan has been home to Yesterday Once More, an electronic label promoting some of the most thrilling young talent domestically and abroad. Label head Shigge has made some of the finest cuts from the collective, and the title track from his latest EP highlights the dancefloor energy the burgeoning imprint is capable of.

El Ruido y La Culpa: Una Opereta Lastimera is the band’s fourth album in more than six years on the road. It’s a crazy journey through an eclectic salad of genres, something we’re quite used to with them. Their music overcomes drama, bad mood and guilt with humor, irony and abandon.

AUSTRALIA: Who The Bloody Hell Are They?
Spookyland – Bulimic

Forget wearing your heart on your sleeve. This track stabs it profusely, draws a stake through the middle and stands over watching as your arteries bleed out in 4/4 time. Sorry for the emotional terrorism, but hear this track from Sydney outfit Spookyland and you’ll probably agree it warrants the description. Marcus Gordon’s prose is stark, its delivery brutal at times – but you get the feeling there’s something important to be said beyond the rhetoric. It’s a stoic, turbulent six-minute epic – and the ending is worth the wait.

Museu De Arte Moderna is the title song from Bonifrate’s new album. It has the psychedelic vibe of the whole record, plus some Beck influence that makes it more contemporary. His album is one of the jewels of the Brazilian indie scene in 2015.

Ottawa’s Pony Girl creatively blends acoustic elements such as guitars and wind instruments with electronic samples for the delicate harmonies of their single Candy. Who knew two singers in unison could be so beautiful?

Niños Del Cerro had already displayed their fresh sound with La Pajarería, a single that didn’t go unnoticed among the ears of the independent music press. Now they’re back with their first album, Nonato Coo, which continues its path of Latin rhythms and ethereal textures and confirms the return of pop guitars in the sound of Santiago.

Bogotá quartet Montaña has been experimenting in the fields of instrumental post/math-rock for more than three years. Pending the release of their first album we can enjoy En Bicicleta, a track that is gaining a lot of attention in the independent scenes of the Colombian capital.

He’s the frontman of lauded nordicana outfit The Rumour Said Fire, but two weeks ago Jesper Lidang debuted as HÔN with the album White Lion. On it he mixes indie, R&B, dance and the 1980s to a compelling alternative pop cocktail. Here’s Vulture as a MAP exclusive download.

Los Detectives Helados formed in the small town of Piñas in 2012. The band, whose name was inspired by a poem by renowned Chilean writer Roberto Bolaño, have just released their debut album which mixes indie-rock, pop, experimental sounds and blues. Here is first single En El Camino featuring Ricardo Pita.

This 22-minute ambient track might be one of the more unusual and slow-gestating songs ever to have been included in the MAP project, but it’s also a great example of Ireland’s modern-day musical diversity: deceptively intense as it flits on, yet still walking a fine line between background music and inventive modern electronica. One for a long, thoughtful walk, it’s a far cry from its creator’s rocky day-to-day project Overhead, The Albatross.

Psychedelic duo Dumbo Gets Mad’s new album is called Thank You Neil, named after the astrophysicist Neil deGrasse Tyson. In fact, the whole album is inspired by the TV show Cosmos: A Spacetime Odyssey and the sound draws from classic Seventies soundtrack composers such as Piero Umiliani and Bruno Nicolai, but also from the American experimental soul of Shuggie Otis and the contemporary works of Connan Mockasin. The vibe is super relaxed overall, but Dumbo Gets Mad know full well how to make you dance as well.

Brodu, formed in 2011, sing in Maltese and play rock music with influences from various genres. The band was set up to record an album of songs written by Mark Abela and the late Darren Gatt. Brodu’s debut album Ħabullabullojb, released in 2014, is a diverse collection of tracks featuring many guest artists from Malta.

G-Flux is the alias of Gustavo Naranjo, a Mexican producer and DJ settled in Washington D.C. Even though he’s far away from his homeland, G-Flux remains ever present and relevant in Mexico City through his music and collaborations. As one of the strongest advocates of cumbia, G-Flux is never afraid to explore all of this genre’s diversifications, like pitched down cumbias. Cocaína, featuring delicious vocals from Afrodita and Borchi, is a hip-swaying track for anyone who’s ready to be part of a simmering dancefloor.

Ale Hop is an experimental Peruvian musician with a base in Berlin, and also the songwriter and producer of the band Las Amigas De Nadie. She just released Pangea, an experimental music-video album full of roaring guitars and expansive electronic sound layers which create a very characteristic kind of music. Pangea comes with a music film featuring 10 audiovisual pieces made by several directors and is one of the most ambitious works to emerge from Peru this year.

The Portuguese contribution to MAP has been long enough to almost follow the complete the career of The Weatherman, the alter-ego of Oporto multi-instrumentalist and songwriter Alexandre Monteiro. Ice II is the first known song from The Weatherman’s fourth album. It’s a sweet, sticky pop single that will have you whistling all day. You can watch its video here.

It’s hard not to succumb to the youthful enthusiasm of alt-rock quartet Armstrong. Singer Nicole Mason has energy to burn and oozes star potential with an appealing mixture of confidence and glam. As a reference point, you wouldn’t be a million miles off with early Paramore. Here is an exclusive free download of the exuberant Thursday Night Club (with an ace video to boot), which can also be found on Armstrong’s self-titled debut EP, released in September and available to buy on iTunes.

Operating under the name Hyun Lee Yang when he was last featured as a MAP artist (in June 2014), Gus Benevolent has released two albums in 2015. His most recent effort, Alexandria, came out in late October and offers almost a full hour of emotional vocals and classic guitar, including a couple of acoustic versions of songs crafted and first released during his days in emo band 99anger. I Was Right features a well-balanced combination of easily relatable lyrics and beautiful guitar play.