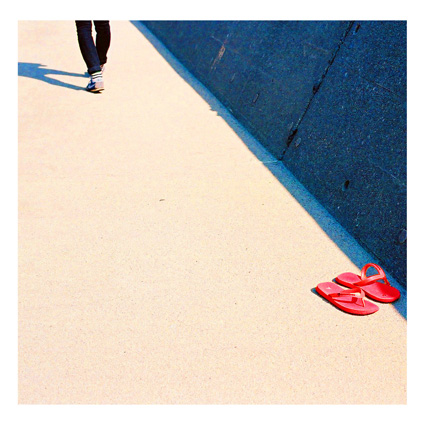 Fall is here, and here’s the first Music Alliance Pact of the season. MAP, if you are stumbling across this for the first time, is a monthly feature wherein 30-plus blogs from around the world share one song from their representative country. Make Believe Melodies covers Japan, and this month we put the spotlight on Nohtenkigengo’s lovely “Typhoon.”

JAPAN: Make Believe Melodies
Nohtenkigengo – Typhoon
Folk-pop artist Nohtenkigengo has been kicking around since last September, when he released his first EP. He followed that up with an even stronger sophomore collection, and he has not wasted any time as he has his debut full-length album ready to drop next month. Typhoon is the first taste of it, a jaunty number with traces of melancholy sprinkled over it.

ARGENTINA: Zonaindie
Los Gongs – Suicidas
Suicidas is a brand new track from Los Gongs’ sophomore album, Volumen 2. This young, promising band from Buenos Aires takes us back to the folk-rock, kraut and psychedelic sounds of the 60s and 70s. It was recorded at Ion, one of the few studios in Argentina that still offers a completely analog recording environment.

AUSTRALIA: Who The Bloody Hell Are They?
Foreign/National – Life Tourist
Five-piece Foreign/National was formed by brothers Mark and Sean Gage in their hometown on the Mornington Peninsula, a short drive south of Melbourne. The band has released three singles since November last year, attracting their fair share of attention from the music blogosphere. On latest offering Life Tourist, the lyrics offer a harsh counterpoint (“What’s your motherfuckin’ problem?”) to the band’s signature blend of psych-pop and tropicalia. It’s a cheerful, off-kilter sound that falls somewhere on the spectrum between Django Django and Os Mutantes. Foreign/National’s debut EP will be out on Downtime later this month.

CANADA: Ride The Tempo
D-Sisive – Jonah Hill
Toronto rapper D-Sisive describes his own biopic and reveals who would be the ideal person to play him. Despite being seemingly ridiculous, this track may be his best yet.

CHILE: Super 45
Bernardita – Hojas
Bernardita (Martínez) took some songs that her friend and fellow musician Felipe Cadenasso had kept for years and included them in her self-titled debut album. Hojas (“Leaves”) is a melancholic song that allows the listener to experience the intimacy of the recording. It’s fresh, warm and sweet. Just as the leaves fall to the ground during autumn you will fall for this track.

COLOMBIA: El Parlante Amarillo
fatsO – It’s Getting Bad
Daniel Restrepo is fatsO’s heart and bassist: a project born from the roots of jazz that has evolved into rock and soul. Thus their classic, elegant style refreshes the sounds of Colombia’s capital. In the track It’s Getting Bad, the influence of the great Tom Waits is palpable.

DENMARK: All Scandinavian
ColorKaleido – Gold
ColorKaleido – producer/songwriter Kim Vagn Wagner and singer/songwriter Christine Milton – released their first EP in 2012 (two tracks available on SoundCloud) with a fresh one coming out early next year. Gold is the first single off the as-yet-untitled new EP and it’s a pretty amazing shot of grandiose pop.

DOMINICAN REPUBLIC: La Casetera
Irka Mateo – Vamo a Gozá
Irka Mateo is an expert in world music and Dominican folklore. After more than 25 years exploring our roots she still finds ways to innovate with the sounds that have shaped our cultural landscape for hundreds of years. Vamo a Gozá takes on bachata rhythms with accordion – usually associated with merengue – and is the first single from a new album that will prominently feature this instrument.

ECUADOR: Plan Arteria
Munn – Aquí/Ahora
Progressive beats, silences and a powerful female voice that sings about an action we need to take here and now. This is the new single from Munn. Two years since the release of their first EP, Espiral, the group are preparing to launch their new album. The single Aquí/Ahora is just the starting point of Munn’s new, ambitious sound.

GREECE: Mouxlaloulouda
Sophia Loizou – Silica
Sophia Loizou’s incredible, bold-sounding debut album Chrysalis was mixed and mastered by Subtext’s Paul Jebanasam. It is an exploration of conflict and balance. Using a unique set of sonic transformations, synthetic materials and archival recordings of life, both natural and mechanised, the work depicts forms across a diverse range of scales from the microscopic to those which exceed measurement entirely. Comprised of six movements, the recordings unfold an elaborate landscape of intricate detail and severe natural forces whose end is both a creation and a dissolving of recognised forms.

INDONESIA: Deathrockstar
Pancasura – Kamu
Pancasura is a collective of young people from Bandung who fuse traditional Sundanese pentatonic scale with world music beats and modern instruments, as you can hear on Kamu (“You”).

IRELAND: Hendicott Writing
Florence Olivier – Portals
Ambitious conceptual Dublin electro-pop act Florence Olivier channel their namesake – the inventor of the modern synth – and add a twist in basing every track on a deconstructed movie plot. Second single Portals comes complete with a video crammed with the dumbest jokes the three-piece could come up with, but the infectious, summery bent of the slow-building track and its delicate vocals is worth taking seriously. Oh, and which movie is Portals? Well, that’s part of the fun…

ITALY: Polaroid
Drink To Me – Bright
One day I’ll go drifting in deep space. That day I’ll be listening to Drink To Me. Bright is the first single from Bright White Light, their new album. It was produced by Alessio Natalizia (Banjo Or Freakout, Walls, etc) and represents a step forward in the band’s career. This song is full of trippy synths, the narrator is having a mystical crisis, the rhythm is pulsing but there’s no gravity, “All of my memories are gone”. Immerse yourself.

MALTA: Stagedive Malta
Three Stops To China – The Beach
Dave Urpani, Kurt Kind and Josh Briffa have been making music together since 2010. In that time they’ve gone from an eclectic mix of grunge and punk to a multi-layered, harmonic blend of dream-pop and shoegaze, while making it a point to not forget their energetic roots. Having just released Take Me To The Beach, a homemade EP signalling this latest chapter in their sonic evolution, hints of what lies next are already looming over the horizon.

MEXICO: Red Bull Panamérika
AAAA – Echo Dream
AAAA is the brainchild of Gabo Barranco, a youngster who has been sneaking around Mexico City’s underground scene as part of the shoegaze-surf-punk band DDA. Now he is delivering tracks under the name AAAA, an ambient noise project that is about to explode in some important local festivals.

PERU: SoTB
Laikamorí – Norfolk
Laikamorí is one of the most strange and mysterious musical movements in Peru. The only information about their members is that they are two guys who always play wearing masks encrusted with shiny stones. What I like about them is the amazing sound they create with guitars and synthesizers. They recently released an experimental electro EP, available for free at Bandcamp.

PUERTO RICO: Puerto Rico Indie
El S. – No Me Mires
Samuel Vidal Quintero, the gifted composer and keyboard player behind indie salsa darlings Orquesta El Macabeo, is also responsible for one of this year’s most exciting hip hop records. El S.eis is Quintero’s sixth record under the El S. alias and his most accomplished to date. With a healthy dose of collaborations and some inspired beats, El S.eis is both a celebration and a strong statement of artistic maturity from Quintero. No Me Mires, a fun but politically-charged track featuring fellow rapper EBRS, tackles the experience of being constantly judged by others because of outward appearances.

SCOTLAND: The Pop Cop
Bronagh Monahan – Wait
Scotland has long been an embracive, inclusive place to live. When looked at in the context of the music sector, both performer and population reap the benefits. Bronagh Monahan is a wonderful example of this. Since moving from Belfast to Glasgow in 2008 she has given so much to her adopted home, immersing herself in the local music scene, hosting live nights for fellow songwriters and showcasing her sultry piano-pop and striking vocals in weekly residencies. Such drive and enthusiasm can’t be contained, though, and the next stop in Bronagh’s search for stardom is London, where she’ll no doubt dazzle another city.

SOUTH KOREA: Indieful ROK
Danpyunsun And The Sailors – Yellow Room
Danpyunsun started his underground folk music project as a solo effort in 2006. A year ago he decided to take help from a few fellow musicians and launched Danpyunsun And The Sailors. Claiming to operate within a genre curiously defined as experimental-psychedelic-chamber-music, the band’s first album, Animal, was released in late August. On Yellow Room, percussion and violin set the scene for an intense and engaging song that will linger in your memory long after you hear it for the first time.