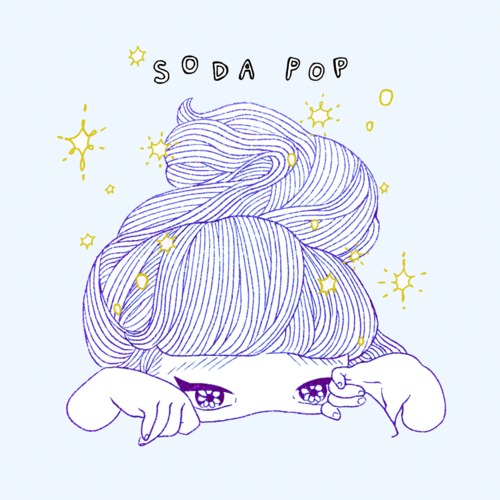 A new label…whether they be net-centric or capable of producing physical object…isn’t a particularly newsworthy development. Imprints start up all the time, so Kyoto outfit Neo-Mo-De Records initially look like yet another bunch of people with wi-fi and musical ambitions, even if they are planning an event in Yokohama this January. Yet Neo-Mo-De demands attention with their first two offerings, from two names in the Japanese indie-electronic community always worth checking out. Their debut release is by producer Kai Takahashi, the three-song Soda Pop. Takahashi has kept busy in 2014 – he released the Sweet Vacation Part 1 album, and he’s the lead singer in the afternoon-breezy group Lucky Tapes – but this trio of songs highlight everything great about his style. His earliest creations were mostly colorful creations, which is how these songs play out, albeit with an extra dash of splayed samples ala bo en or Wave Racer. “Party Talk” takes a De-De-Mouse-ish approach to vocal samples, before going full playroom bounce. “Be Crazy” is the best song here, built off a a vocal hook backed by head-nodding beat and splashes of colorful synth. Only the title track finds Takahashi himself singing, and that one has a heck of a shiny finale. Listen to it below.

Their second outing comes courtesy of Osaka’s Soleil Soleil, with the finely titled Love Is The Greatest Refreshment In Life EP. The title track is a slow-burning bit of tropical house featuring Kyoto artist Littlebear providing vocals, made all the sweeter by flute samples and some fantastic steel drum. The rest of the EP is solid enough – Boys Get Hurt offers a solid remix of the title track, and Littlebear swings by for the other original song, the more fidgety “Don’t Matter” – but “Love Is The Greatest Refreshment In Life” is the young label’s strongest shot yet. Listen below.