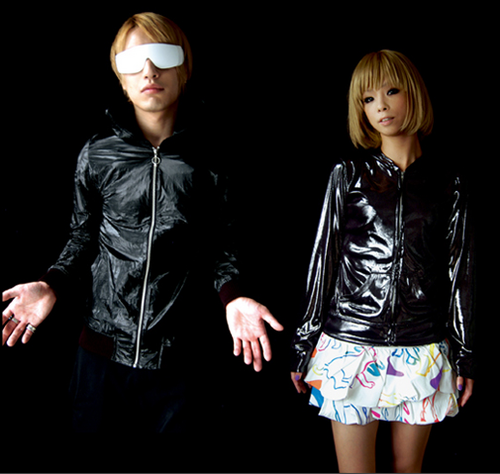 Whereas Perfume has always served as his gateway to the radio stations and Pino commercials of Japan, Yasutaka Nakata’s Capsule project seems to work as his in to the cooler circles of the country. With Capsule he could edge away from the pure-pop chewing gum of his highest-profile gig to make songs ready for the uber-hip clubs, a little Ed Banger sprinkled over his Perfume formula. Capsule gave him a chance to make “hip” music alongside pop bliss, allowing him the opportunity to pose in publicity shots wearing too-cool sunglasses that appear to not do what they are supposed to. Yet just because he had a swag leather jacket in his closet didn’t mean his club tracks were instant winners – most recently, on last year’s otherwise superb Player, Capsule shook out three dance floor duds, marred by ear-mauling beats and shittastic rapping. This sound, turns out, doesn’t come as easy to Yasutaka.

New single “World Of Fantasy” isn’t some great leap forward, but a welcome spazz-out up a few feet. Instead of ditching what got him to this point, Yasutaka embraces the 80s-aping sound he’s mined for so long from the get-go, letting some keyboards ripped right out of some long-lost action sequence guide the listener in. Soon he’s throwing all sorts of electro-elements into the fray – a pounding beat, layers of synths and, critically, great vocals. No sub-par rapping here, but rather what sounds like main singing squeeze Toshiko Koshijima’s smooth pipes. Just before “World Of Fantasy” becomes too clubby – images of The Situation and Pauly D fist-pumping into oblivion fill my head – Capsule tweak the track just a bit, disrupting the flow and throwing whole segments of the song out after the big late-song release. “World Of Fantasy” shines because it’s not so much a club track as Capsule finally deciding to try doing a long-running dance tune in the style they’ve carved out over the years. It doesn’t come close to their head-snapping pop moments, but it’s definitely a positive sign of what to expect on upcoming album Killer Wave.

Thanks to Tokyo’s Coolest Sound for posting this first AND the tracklist for the ominously-titled new album.