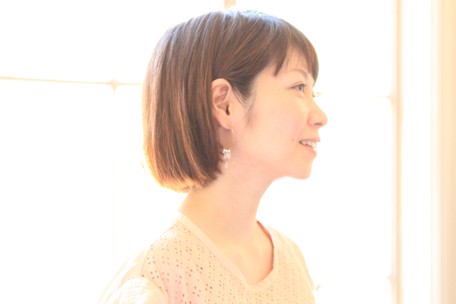 Cokiyu’s recently released Haku EP is a pretty collection of songs, highlighted by a collaboration with Los-Angeles-based-artist Baths. It is a collection very much worth your time. That said…the Tokyo mood-maker’s once-unreleased-but-now-released song “Vapor Doll” is the best track to emerge from the Haku period so far. It’s a collaboration with Tokyo-based sound artist 34423, though at first it sounds purely like a Cokiyu track, all floating electronics that sound appropriate for the early morning as Cokiyu herself sings about “waking up.” Then, though, the song does something none of the tracks on Haku did – take a turn for the urgent. A beat focuses the song forward, and the electronics become sharper. An interlude – possibly courtesy of collage-loving 34423 – finds an unsettling, near-robot voice skipping as it tells us “good morning.”” Then “Vapor Doll” hits the best part – the beat quickens, that android voice malfunctions in the background while Cokiyu sings “I had a dream about you” with a mix of dreamy wonder but also hints of apprehension. The song comes close into dissolving into something more ambient near the end, but the majority of “Vapor Doll” finds Cokiyu at her most unflinching. Get the track at Spinner.