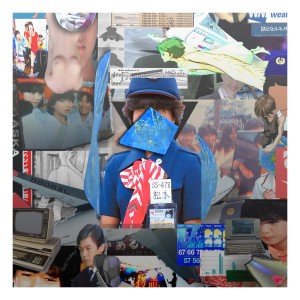 Let’s make this clear from the start – this is vaporwave, and if that is not your thing, turn back. It’s something that has always fascinated me though, so in I go.

It’s sorta surprising that Cool Japan…a mysterious, possibly protein-rich project that mostly played around with the slowed-down sounds of vaporwave…went and released one of the best pop songs of the year in the dizzying “Rush Hour.” This new two-album release is not that, but rather what Cool Japan emerged doing…vaporwave, sweet sweet vaporwave. It’s tough to tell how serious Cool Japan is with this, though that also ends up being one of the most intriguing elements present across these “discs” – vaporwave is at its best when it’s also having a little bit of fun and not breathing in those accelerated capitalism themes others have blessed it with.

Though sometimes, there is just talking…lots of sampled dialogue pops up, and even the fully formed tracks include some talking over them. The Ying Disk borders on drone at various points throughout, the whole thing easily labelled an experimental release as long as you drop the vaporwave implications. Save for the slow-moving bounce of “Remember My Memories” and the hell-funhouse of “27,” the bulk of this side is quiet, murky and slow moving…creating a surprisingly creepy atmosphere.

Far more “traditionally” vaporwave is the Yang half, filled with more hi-def sounds and a smattering of katakana-rich titles. Most of it sounds like it should be used for cheesy commercials…if it wasn’t already lifted from one. “Weathernews.com” is far bouncier than that domain hints at, while “Tokyo Doll” turns music from the first Donkey Kong Country into…something else. Though it ends with the one banger on both discs…”inblue,” which is sliced up in all sorts of way, but falls together into an incredibly catchy number.