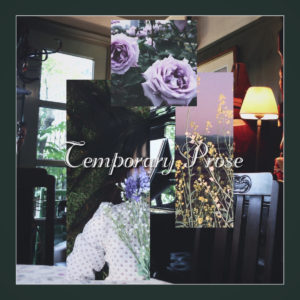 Osaka artist Cor!s has been dabbling in a variety of electronic-centric styles over the last decade, whether on her own or as one half of the Addams Family Goes Mad Decent unit KWi. It’s made for a constantly shifting set of songs from her, but also not a lot of consistency at once. But now comes Temporary Prose, an eight-song album just as interested in genre hopping, but finding Cor!s better than ever before, creating sturdy numbers in every style she tries. Highlights abound — Cor!s shows off a more refined pop side throughout, with piano-and-harp-driven opener “My Favorite Things ~ Toki No Sanbun ~” and the chiming “Machibouke” making an argument that she could be involved in mainstream J-pop if she wanted (now, or maybe at the turn of the century, at least after listening to the Shibuya-kei-derived hop and skip of “TenkouMajo”). Yet then you have something like “Musées du Surréalisme,” a revved-up number that’s part future bass rumbler and part jazzy imagination (catch the flute drifting through all the electronic hiccups). Or the shuffling, surprisingly tense “Moon Garden.” Or how about “Firefly,” which improves on the big-stage EDM Cor!s has flashed an interest in over the years, but runs it through a filter that gives it a great digi-sheen and string-assisted funk vibe. Temporary Prose is a triumph of musical curiosity, and what happens when you spend some time developing those ideas. You end up with a varied set that can stand up to any style. Get it here, or listen below.

← Fizzy Float: Happypills’ “Starship”
Foggy Get Together: Come To My Party’s “Clay Cat” And “Victoria Falls” →