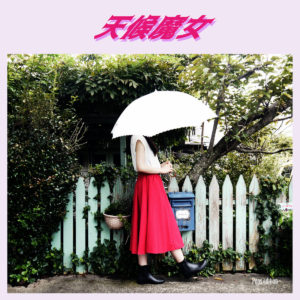 Cor!s has mostly appeared on the pages of this site as one half of KiWi, but she’s done a lot outside of that vaguely The Addams Family themed outfit. And now she has a new song, titled “Tenkou Majyo,” to share. There are parallels to draw with KiWi — the piano and drum melody, along with some thunder crashes and other flourishes, bring to mind the same creepy feelings — but Cor!s asserts that this is solely her number, primarily via her vocals. It’s a swift, catchy bit of pop. Listen below, or get it here.