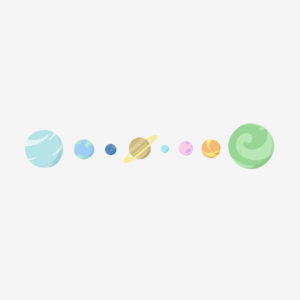 One of our most anticipated albums of the fall is now out — producer Yoshino Yoshikawa’s Event Horizon, the “ultrapop” creator’s first full-length album. Thematically, it stands as a big step forward for Yoshikawa, moving away purely from upbeat songs about, say, cats who like to eat to what is described as “an album thematically revolves around imagery of the solar system to convey different ways in which humanity, technology and art interconnect as a global means of expression.” To that end, Yoshikawa incorporates Vocaloid on several songs here, such as bouncy opener “PRNG,” while elsewhere the lyrics wrangle with the meeting of emotion and technology (most notably “Opt-Out,” with its rejection of “big data” in favor of human emotion). Tension runs throughout the album, but one consistent is Yoshikawa’s songwriting skills, and his ability to write numbers full of attention-grabbing electronic passages that also hide more understated piano melodies, which help guide the tracks on Event Horizon forward, whether they embrace humanity or fret about the sneaking rise of the digital world. Get it here, or listen below.