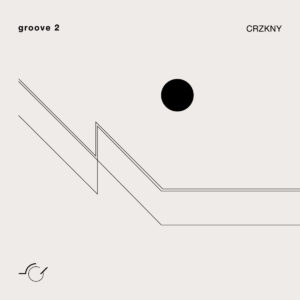 For the most part, Hiroshima’s CRZKNY has operated in a quick-hit, often aggressive style when it comes to juke. He either loads up on split-second samples or creates a thick sense of unease, one that lends itself well to his political leanings. Groove 2, a two-track release from Poland’s Outlines imprint that follows up compatriot DJ Fulltono’s release late last year, allows CRZKNY a chance to show he can do with more space. Both songs included are just shy of ten minutes each, allowing him to see what is possible when he stretches out his jittery creations. Long stretches of “Groove 2.1” go by with barely a beat, CRZKNY just letting the voices and electronics hang in the air. But when the beat does hit, the song takes off, and the moment feels all the more thrilling. It is a nice new perspective on his style. Listen below, or get it here.