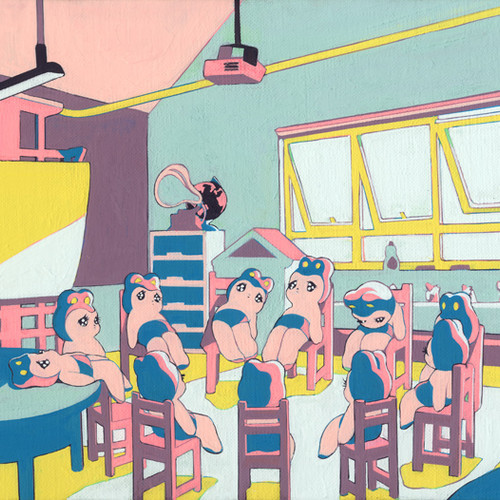 Flau recording artist Cuushe has a new album out this summer, and she has a European tour going on…right now. This is all great news, as Cuushe most certainly deserves it following the heck of a 2012 she had. But I really just want to talk about her new song “I Love You,” especially the second half of it. The first half is pretty enough – a spritely bounce leading into Cuushe’s vocals swirling over themselves, the whole track seeming to be a little more lively than any of the new material she put out last year while still sounding like a very specific headspace. Then…the midpoint of “I Love You” comes and just bursts into a simple refrain repeated on loop until the song fizzles out – “I love you,” Cuushe intones, the music picking up in urgency ever so slightly. It’s a basic sentence, but the repetition coupled with the directness of the delivery makes it sound far more dramatic than it should be, a big revelation after Cuushe spent half the song muffling her own voice. Listen below.