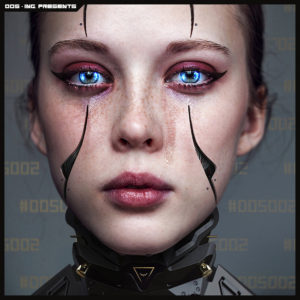 Artist collective / moving party Dos・Ing is back with a new compilation, gathering new songs from the producers orbiting them. It revolves around a loose techno-orientalist theme of sorts, the songs fixated on technology and “futuristic” topics while often placing them in a Japanese zone — which makes sense, given that this is a Tokyo-centered collective with many Japanese artists represented. It can be a bit too obvious at times — one song samples Blade Runner, which is a bit on the nose (it’s also called “Blade Runner”) — but at its best incorporates these far-future elements in a seamless way. See Electric Candy Sand’s contribution, a menacing bit of dance punctuated by sampled commands, or the jittery robo-hiccups of Bruno Uesugi’s “Plastic Memories.” Yet when artists aim for pure mood, it works just as well. LLLL creates hazy, practically falling apart music on “Rumors,” while Steffen¥oshiki ends the whole collection with an optimistic bit of synth neon on “A Sombre Hymn.” And for all the cyperpunk-leaning vibes, their is something like Kosmo Kat’s “Metallic Fur,” a playful electronic number that lightens the mood a bit. Get it here, or listen below.