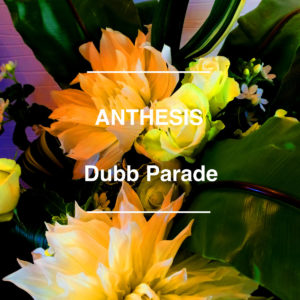 Few electronic artists in Japan deliver consistency quite like Dubb Parade. But Anthesis features a few new wrinkles to his approach — primarily, the producer brings in guest vocalists to add a human touch to his works. The highlight is the first song, “Jellyfish,” featuring indie-pop outfit Caro Kissa. This is the closest Dubb Parade has come to outright pop music — like, verse, chorus, verse, not just the fact it’s catchy — and a lot of its charm comes from the focus on the voice, and how the wispy music elevates it just right. Nearly as good is the collab with Nonaca Nona, the poemcore artist formerly known as Owtn. That one is a rumbling number featuring her spoken-word observations, all delivered through an electronic haze. Anthesis features two non-vocal tracks too — the scrambled-up “Embers” being a particular stunner — but seeing how Dubb Parade plays around with voices ends up being the real selling point here. Get it here, or listen below.