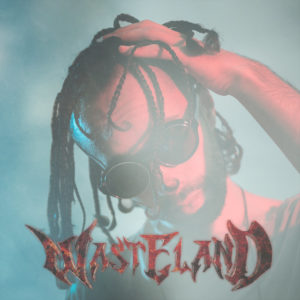 So, how does the world end? One big burst, or a slower, more suffocating death? I’m not here to offer any answers (right now…probably a coin flip), but rather to share how Tokyo-based artist Electric Candy Sand imagines the latter on his Wasteland EP. The three tracks move at a slime-creeping-down-a-wall pace, and while each number includes a good pop built for crowds, the EP ends up more focused on crafting a particularly bleak mood with plenty of room to let it develop. Which works for me, partially because of how it gels with the general vibe of 2017, but also because it shows how space can be just as effective as noise in electronic music. Opener “Night Howl” starts off as a skittering number lumbering ahead, but rather than ramping up it sheds sounds, which makes the moments when it ramps back up (or more harsh details emerge) all the more effective. Same goes for “Chop The Rock,” which uses a start-stop pattern in an even more disorienting way. A great release for those fond of uneasy electronic sounds. Get it here, or listen below.