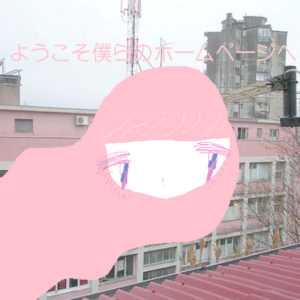 Few independent artists are as exciting as Fuji Chao, who over the course of several albums has created a private world of loops and off-kilter electronics, one over which she sings, semi-raps and mostly talks. The topics central to her music are often closely tied to being a teenage girl in this current world, and even though for many that is something they just won’t understand (me included), she crafts music that is achingly personal but also inviting.

Youkoso Bokura No Homepage feels more like an extension of her sonic exploration rather than a gripping statement like this spring’s The Virgin. Yet it has plenty of great moments lurking within. Some hit on the speak-sing style she’s played with for about two years now, such as on woozy opening highlight “Solo,” playing out like a seasick journal entry, or the muffled “ㅇㅅㅇ.” But Youkoso also features instrumentals, such as the strobing “T o k y o n i g h t” and, most left-field, “There Is No Doubt That You Are A Fool,” which is Fuji Chao messing around with EDM-style trap and ending up with something fittingly unsettling. In many ways, this album feels like an ideal gateway into her universe, closed out by one of finest slow burners (the nine-minute-plus “Tenshi Genshyou,” which moves from melancholy to ecstasy) and the acoustic-guitar-guided “Better,” imagining her in a more emo mold. Get it here, or listen below.