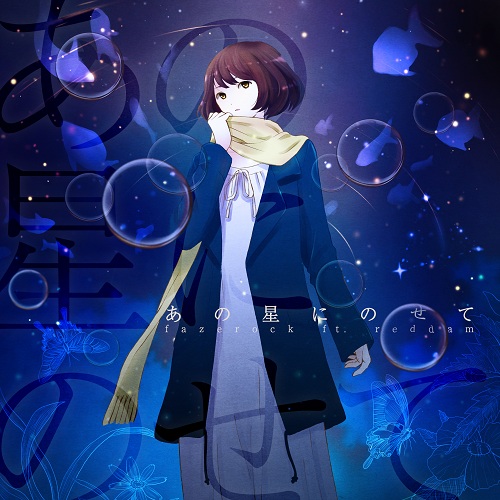 Netlabel Maltine Records has always taken cues from J-Pop, but in 2012 they seem to be hosting more and more music sounds like proper pop rather than simply inspired by it. The title track to Avec Avec’s Oshiete EP was one of his most streamlined tracks yet, while later in the year several Maltine artists remixed songs originally by Japanese idol group Tokyo Girls’ Style. Three make a trend, and the usually thrashing electronics of Tokyo’s Fazerock have been dialed back on his new Maltine EP Ano Hoshi Ni Nosete. The title track finds him collaborating with fellow electronic artists Reddam (who provides vocals here, and has released some good music too), and Fazerock avoids wobbly bass or anything resembling a drop in favor of a sustained groove that’s borderline…relaxing. The beat skitters a bit, and there a few other hints at Fazerock’s usual aggressive ways scattered about, but for the most part this is a peaceful song designed to move along at the same pace as Reddam’s vocals. Maltine shouldn’t go full pop…they need space for all the idea-per-second producers lurking around the country to release music…but this isn’t a bad occasional look. Get it here.

← New LLLL Video: “Because Of My Eyes”
New Moscow Club: “And The Moon Be Still As Bright” →

← New LLLL Video: “Because Of My Eyes”
New Moscow Club: “And The Moon Be Still As Bright” →