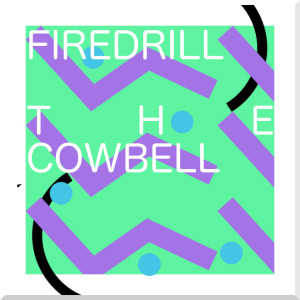 The sudden arrival of streaming music services in Japan — for a bit it looked like they’d literally never arrive, and now we have like five Spotify-ish ones going right now — has been good, probably, though I’ve realized I’m the sort of person who wasn’t built for the wilds of streaming — give me access to thousands upon thousands of albums, and I’ll just have zero clue where to start. So thankfully, more curated things such as Datafruits.fm still exist for those of us who’d rather have trusted sources share new sounds. And it helps that the music featured there is really really solid.

Tony Miller, Datafruits.fm’s founder, also records under the name Firedrill, and he’s just shared a new collection called The Cowbell. It, indeed, features that titular sound in various forms, highlighted by the skittery, wobbly title track, a fun little number that feels like it could melt down into a puddle at any second. It’s a vibe he carries over to the slightly more manic (all those spliced vocals) “Never Enough,” which somehow still sounds appropriate for watching a sunset..at least until it sorta dissolves into itself. It is rounded out by a club mix of the title track and a dub version of “Never Enough,” plus a more intimidating “Seacuke Flip” of “The Cowbell.” Listen below, or get it here.