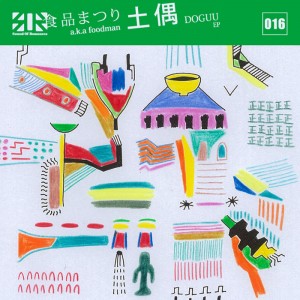 In which Foodman – who has spent the last few years pushing music, including but not limited to juke, to its sonic edges – finally shoves it all over the edge. Doguu, released via Sound Of Romances, is his best collection so far in 2014, and it achieves that by getting as scatterbrained as possible. As wonky as Foodman’s music has gotten over the years – and it has morphed into, like, fucked-up summer festival dances – there was always something holding it together, something allowing it to remain “dancey.” Not so here – Foodman is far more concerned with the texture and, simply, sound here, even if it can turn downright aggressive. It isn’t aimless – dude is hellbent on seeing where every sample and beat can go. To be honest, I need more time to digest this one, but I’ve been digging it a lot. So I’ll leave you with…listen below, or get it here.