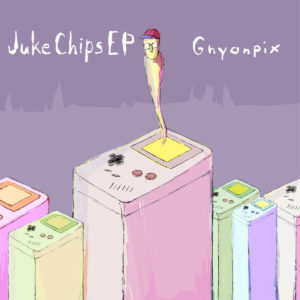 Cleverness can wilt to novelty quickly, and it isn’t easy to avoid the plunge to meme hell. Japanese juke producer Gnyonpix’s Juke Chips presents an idea that could go wrong if done poorly — what if juke, but 8-bit? Which, to be clear, isn’t totally radical. Those sounds pop up in footwork-ready tracks all the time, while artists such as Quarta330 and Heavee have leaned on them quite a bit. But Juke Chips takes it to the extreme, the entire sonic palette being Game Boy generated. Risky, yeah, but Gnyonpix has been central to Japan’s juke scene for some time now, and they are able to make the sounds skitter and bump just right, resulting in a fun set capturing the spirit of the style just right. Get it here, or listen below.