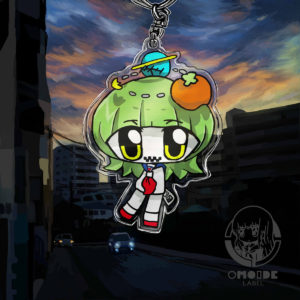 Goto Nao has shown their skill with the UTAU Kakoi Nizimine before, and on “Yumne Ni Ochiru” they only further show how singing-synthesizer technology can create something otherworldy. Their latest moves between dreamy passages that make the most of the digital vapor trail coming off of Kakoi’s voice, building up to a more rumbling release peppered with EDM details. And this release gets rounded out by two strong remixes, one courtesy of MSS Sound System and the other from Gaburyu. Get it here, or listen below.