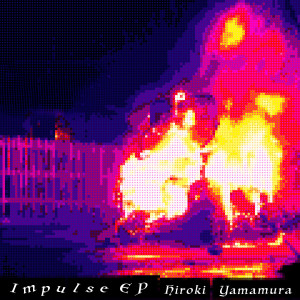 Simply going fast isn’t reason enough to call something good music, but Osaka producer Hiroki Yamamura’s songs unfold at a frantic pace while still packing ideas into their neck-whipping frames. His Impulse EP, released via Trekkie Trax, highlights everything that has made his music stand out in 2015 — partially because it collects some of his finest and most frenzied cuts, such as “Disco Traveler” and “Ultra Blast,” the latter one of the year’s very best. The pace is central to his music, but Yamamura’s sudden twists are every bit as good, such as on “Feel My Soul” when he smashes the brakes on a jittery footwork-ish beat to donut into, like, Earthbound samples. Get it here, or listen below.