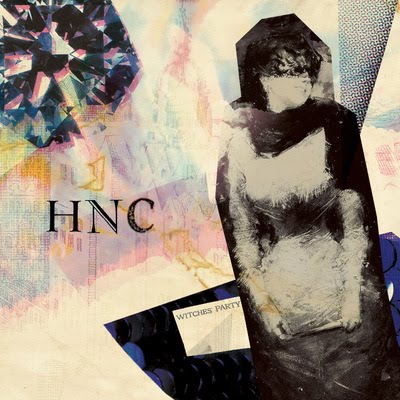 Usually when I see “new HNC,” I go in expecting a twee-tastic rush of bells, break beats and maybe a cat sound or two. Her latest song “I Dream I Dead”…snuffs out any cuteness in favor of pure claustrophobia. Despite the dreamy opening, “I Dream” quickly surrounds the listener with a wall of noise and a beat aimed right at them, the overall effect being that of being pushed into a really small hole and being joined only by your lonely thoughts. HNC’s vocals waft behind all the noise, occasionally drifting a little closer but always an arm’s length away. “I Dream” isn’t just a shock because it sounds like nothing found on 2009’s Cult…it’s a legitimately crushing song. It comes out officially in January on the Witches’ Party EP, which also features the previously released online “Don’t You Think You Come To Love Me” and what may very well be a cover of Noah And The Whale’s “Five Years Time?” Here’s hoping, because after “I Dream” any flashes of twee cuteness may be needed.