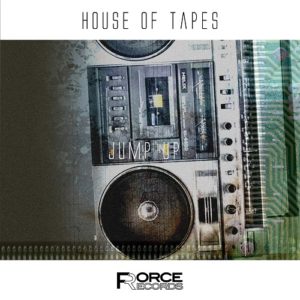 Nagoya’s House Of Tapes offers up something hypnotic on Jump Up, a three-track album released via netlabel Force Records. Roughness exists around the edges — every song here sounds like flakes are coming off of it, while the beat itself often sounds especially clattering (track one in particular) — but it never gets overwhelming, allowing melodies to emerge and mutate. And, at its best, Jump Up embraces warmness. The standout here is right in the middle, as the second song whizzes and whirs about, but allows particularly sunny melody emerges out of chaos, specifically, the album’s most dissonant passage, bordering on the industrial — or older House Of Tapes. But it makes what follows all the more powerful. Get it here.