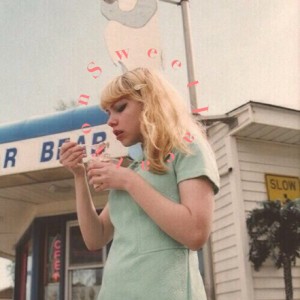 Few producers in Japan today are as versatile as Kai Takahashi. Dude boasts one of the most all-over-the-place catalogs of anyone around – he remixes Phoenix, he creates breezy ’80s-inspired dance songs and he’s the lead singer for the beach-loving, heart-broken indie-pop outfit Slow Beach. And now he’s flexing his love of the warmer months along with his sampling smarts. Sweet Vacation Part 1 is a new, brief collection of music from the Tokyo music maker, and the name, artwork (featuring Tavi Gevinson o__O) and song titles (“Beach Party,” “Neon Summer”) give away that this one is obsessed with warmer climes. Don’t classify totally as chillwave just yet, though – even though it bares resemblances to that Internet-subgenre (and Takahashi himself embraces the tag), it is more collage-like in construction, and whereas as someone like Washed Out got attention for portraying the seaside from his bedroom, Takahashi’s music is more immediate and vivid. It’s more like a sharp memory.

Helps that most of these tracks just drift by. Opener “Tropical Coast” is pure ocean winds, guided by cut-up vocals and what turns out to be the album’s standout sound, rolling piano. It pops up on the lazy-day bike ride of the title track to add some flair, while that instrument gives “Ordinary Day” its skip. Beyond that, this is just lovely summer sampledelica, from the upbeat “Cannibal” to the begging-for-a-rapper “1967,” to the one track where Takahashi’s voice sneaks in, on “After U.” Perfect seasonal sounds, listen below or get it here.