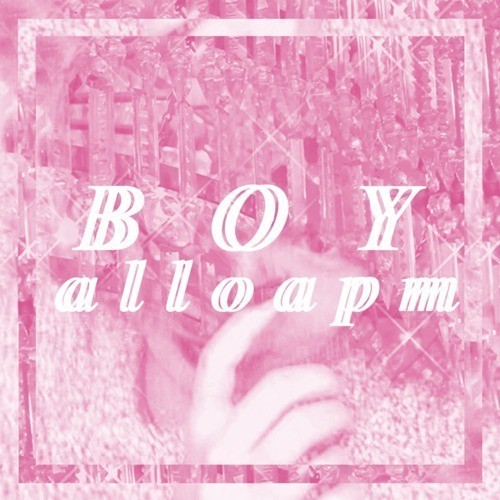 Plenty of outfits in Japan aim for a throwback feel, with varying results – sometimes they nail it, sometimes they should stick to making music videos. Alloapm more often than not get it right, and the just-uploaded Boy EP features two tracks that completely capture the project at its very best. One of those numbers, “Nightrunner,” has been kicking about for a while, and we’ve written about it before. Still holds up – a flurry of synths, pushed forward by enough of a beat and (most importantly) featuring vocals that drip with an emotional longing so many groups glooping their singing down in talkbox can never touch. This EP also features a version with female vocals, equally good because the vocalists involved in this project work wonderfully with the neon-tinged sounds around them. Speaking of – the title track is especially strong, the singing courtesy of the group’s female member, and “Boy” is built initially as a fragile bit of digi-singing (lovely in its own right) that soon blows up into a floor-worthy bit of shimmer-pop. Along with those two tracks are several remixes, including one from Kosmo Kat, all of which taking these glowing numbers into new directions. Listen below.