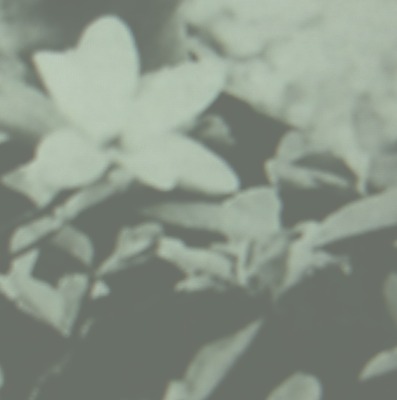 Indie-pop doesn’t strike me as the sort of genre that can be turned into a science fair booth. Though the actual music can often be described as “simple” (though it doesn’t have to be!), a lot of indie-pop group’s power comes from the at-times vague emotional side, like how The Field Mice’s combination of jangly guitars and sigh-summoning lyrics can put you into a certain mood from the opening guitars of “Emma’s House.” Osaka’s It Happens, though, comes off like indie-pop scientists trying to break the style down to its simplest compounds, Beat Happening CDs melting down over a Bunsen burner. “SOMEWHERE” skips by on the barest of parts – a nice guitar line, a simple beat and vocals that sound like someone moaning into a microphone from the next room over. It lacks the emotional wallop indie-pop can deliver…and a feeling It Happens has achieved previously on the lovely “I Wanna Be In Your Dream”…but as twee music put under a microscope it’s still pretty nifty. Listen below.

A little further north, Kyoto’s Madegg continues his prolific 2011 output with new song “SnowCraft 5days Walkdown.” This song continues feeding into Madegg’s recent fascination with piano, here a simple sample getting twisted around like pizza dough glittered with flakes from a moon rock. At least part of the name seems on point – this sounds like snow falling in a particularly heavy storm, coming down fast but also beautifully. Listen below.