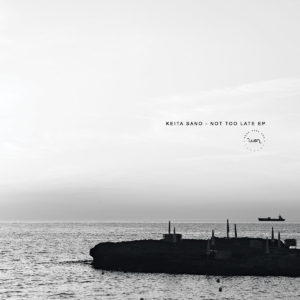 It’s the halfway point of 2017 (more or less), which means…well, actually, everyone has already gotten most of their mid-point lists out by now. The thirst is real! I’m not big on putting things together only six months in, but I will say one of my favorite live shows of the year came courtesy of producer Keita Sano, who delivered a joyous and energetic set at the last Lost Decade event in Tokyo via a horn-heavy run leaning heavily on disco and house. His latest EP, Not Too Late, features the pace, but finds him occupying slightly uneasier territory. “Magic Ritual” features a giddy-up beat and chimes, yet all that is rendered in a late-Autumn atmosphere, bad clouds brewing on the horizon even if snatches of the previous season sneak in frame. The title track makes the shadows even clearer, moving at a slower speed and prominently featuring a foreboding, religion-centric sample that really gets those hairs rising up. The mood is a bit less upbeat, but the songs remain body moving. Sano is just showing a different — but just as strong — side of his sound. Get it here, or listen below.