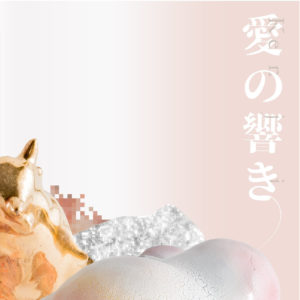 The corner of the Japanese experimental music community that Kenji (Wasabi Tapes, also known as Mayor Kenji among other names) connects so fiercely because the chopped-and-sliced approach to samples reflects modern life so well. Hip-hop melodies smash into radio station bumpers before echoes of a pop song play off behind some crystalline synth twinkles and spooky voices. Ai No Hibiki isn’t so much the best release from Kenji as much as it is the most recent, and each new album he puts out tends to feel more apt for the times because…well, uhhh, things aren’t slowing down. As has been the case before, Kenji’s best ability is stumbling across surprisingly catchy melodies from seeing chaos, and here the mess of sounds reveals all kinds of beauty. Get it here or listen below.