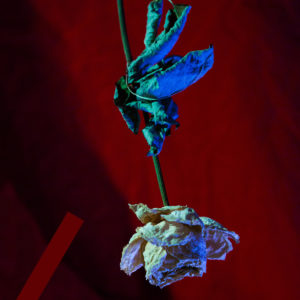 Kosmo Kat didn’t vanish, exactly — the Tokyo-based electronic artist collaborated with fellow producer HVNS as iivvyy, resulting in some really fantastic music — but output from their main project certainly slowed over the last year. Rose serves as a fresh start. “Releasing these finally to start a new page,” Kosmo Kat writes, and Rose finds a balance between the bubbly electro-pop of earlier releases and the wonkier techno hinted at via iivvyy. Opener “Pink” and “Jus P Frens” use finely sliced vocal samples to create dizzy tracks that get a cartoon boost from the synths around them, maybe a bit less bouncy than the pop-inspired cuts of past Kosmo Kat EPs, but not far off. Then you have the previously shared “LAE” and the marshy “Lover 420” featuring Yeule, which push Kosmo Kat’s sound into something more dramatic (while still working in loopy twists and turns, along with big-screen ’80s beats). Excited to see where Kosmo Kat goes next, but Rose shows whichever direction will be a blast. Get it here, or listen below.