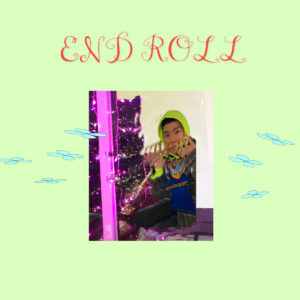 This narrative writes itself, practically. Le Makeup’s voice had long been buried in his music, then in 2018 it started creeping closer and closer, and now comes End Roll wherein it is the most important element of each song. The three songs here are some of the most straightforward ones Le Makeup has created, with the title track nearly tipping over into piano-guided ballad territory. The Osaka artist is able to avoid the usual trappings of this style by keeping a persistent beat (vital on opener “Spotlight”) or at least letting synthesizer wooze off to give it a seasick vibe (see “Mienai”). But this still marks the most direct Le Makeup has been, and shows what the project would be like in more traditional forms. Get it here, or listen below.