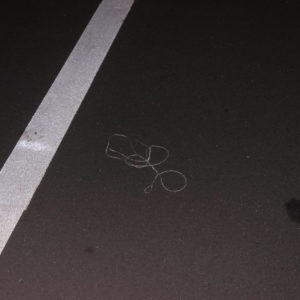 Le Makeup’s pivot from Bala-Club-indebted bangers to more reflective numbers came because of a renewed focus on everyday life, especially in times that often seem nigh apocalyptic. For the most part, Le Makeup has celebrated the small things and captured daily living, but sometime even that can push you towards some sort of reckoning. “Plea” ramps up the intensity ever so slightly for Le Makeup, the guitar-assisted music still weaving in and out like a daydream but the vocals come out clearer and quicker than before, tipping on the edge of frustration. They get extra punch from Le Makeup’s beat picking up intensity as he barrels through the words. Angry…not really. But a spike visible. Get it here, or listen below.