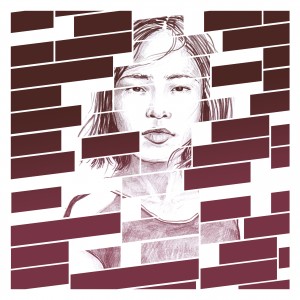 Here’s some great weekend listening – Tokyo’s LLLL are releasing a new three-song set on the label Modular Field, and you can listen to the whole thing now. LLLL work in mysterious ways…they pop up to release great music at intervals, and then vanish for some time only to creep out of the shadows once again with something like this trio of tracks. MDF02 opens with one that’s familiar to anyone who have been following the group since they first appeared, the darty J-pop-meets-Jesse-Ruins “Because Of My Eyes,” which still sounds as good as it did when it first surfaced online a couple years back. Next up is “Odness,” an even zippier number fractured by digital scronk, the sound of a pop song breaking down on itself. It ends with the most straightforward…for them…song, “Far From Now.” Listen below.