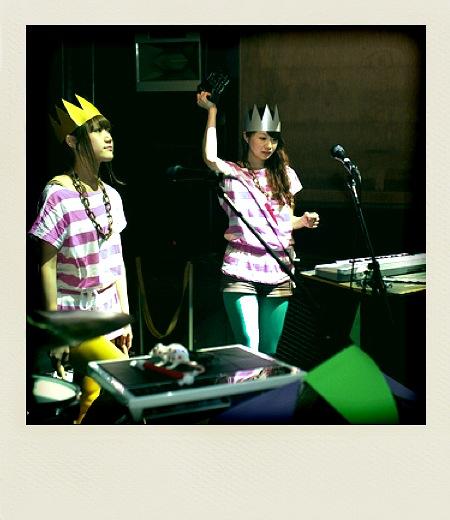 Love And Hates released so much new material near the end of 2009 I thought I’d never be able to keep up. Then January rolled along and as we tore off the first page from our new “Dilbert-A-Day” calendars, and the twee-core rap duo suddenly became surprisingly mute. A few songs made their way online in 2010, but not many.

Hopefully the uber lo-fi “Crash” signals an increase in output from LAH. It comes off as more of a demo or even a straight-to-tape experiment given the super murky quality of the whole song. It’s not as crunk as the duo usually get, instead sticking to a beat/melody combination resembling a twisted Christmas carol. The chorus focuses less on catchiness and more on making the titular noise – cymbals “crash” together as Love And Hates shout above it. It’s more of an intriguing preview of ideas rather than a fully satisfying individual song, one that hopefully means we can expect more from the duo in the near future. Listen here.