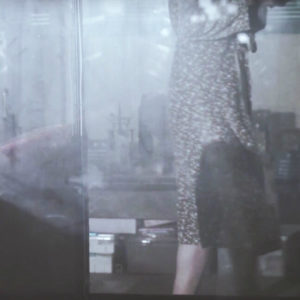 Tokyo’s Metoronori crafts alternate-world pop, but oftentimes she only offers glances into this otherworldly place. Her albums — such as this year’s Hanryo, #36 on our favorite albums list — features songs rarely going over three minutes and 30 seconds, which is plenty of time to wow with her off-kilter sound. Yet new song “Mizuumi Ni Iite!” finds Metoronori stretching out to nearly five minutes. Many familiar elements of her sound pop up — near-whispered vocals that come in and out, jaunty passages giving way to more reflective moments — but she threads them together in a way unlike she has done in the past. Everything clicks, and even the most seemingly random details end up contributing to the song as a whole. Get it here, or watch the video below.

← New The Neon City: Fancy In Twenties EP
New ΔKTR: The Temper Of Our Time →