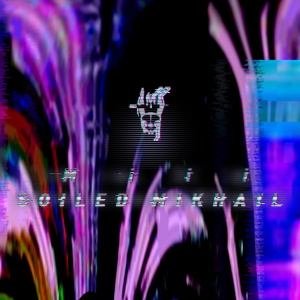 At the center of this song is something producer Miii has gotten down pretty well by now – after a brief build, there is some digital distortion, a few voices whisper-like in the back, and then a rush of abrasive noise. It would constitute the “drop” on “Soiled Mikhail,” although that doesn’t do it quite enough justice – the “drop” has become synonymous with this sort of lunkheaded bro-out, which isn’t fair to many artists lumped under the EDM umbrella, but is also prevalent enough to be warranted. Miii doesn’t fit that, as he infuses enough drama here to make it enjoyable at home instead of just a live fest setting. Yet also worth noting is all the music before the drop, a skeletal and dramatic thing that raises the intensity quite a bit. Especially those synth chimes right before everything cuts out and it all plunges forward. Get it here, or listen below.