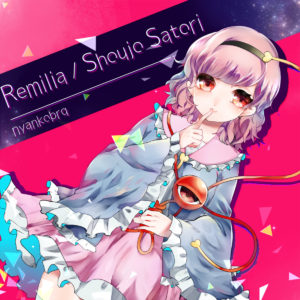 “Trend” might be giving it to much credit, but there certainly is an ample amount of producers in Japan dabbling in “kawaii” sounds (read: bright, bells, Tomggg-indebted, featuring the sort of anime cover art that makes me think twice before posting). It can all be very hit or miss — sometimes, they overdue it on the syrup — but Tottori-based artist Nyankobrq delivers a nice one-two with “Remilia” and “Shoujo Satori,” two upbeat and bright dance numbers that never get crushed by their own cuteness. That’s key — when this stuff is bad, it assumes “sounds like a Hello Kitty cartoon from the ’70s” equals “good,” but Nyankobrq balances the playroom bounce with EDM gurgles, bass slaps and a constant beat that reminds you these songs (which are inspired by existing tracks…”Remilia” appears to be guided by the theme music from a video game character’s theme) are built for moving. Get it here, or listen below.