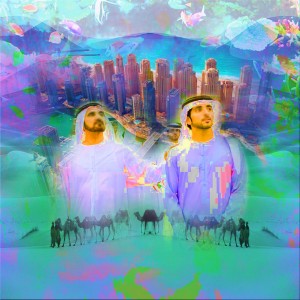 When OKLobby appeared out of the Tokyo-bedroom-producer mist late last year, it initially seemed tricky to place what the young producer was doing. The name of the project, along with a debut EP called Resortworks, hinted that this outfit could be inhaling the same vaporwave vibes so many bedroom-based artists sucked in that year. Yet the music – despite really clear fidelity – seemingly concealed no hints of irony and instead floated about the same universe as fellow Tokyoite Taquwami. At the start of this year, though, OKLobby has helped define their sound a bit with the release of the Resort album, which fleshes out the sonic ideas introduced on Resortworks. Traces of Taquwami…along with Kansai’s Seiho…sneak through the 11 songs here, yet OKLobby’s is more than an “inspired by” music maker. Opener “Brainwash” matches a slowed-down vocal sample with an almost-footwork-worthy beat, all while OKLobby washes the whole shebang with synths, even letting them drone off at the very end. Ignoring the previously released three songs from the Resortworks EP…all of them back here, sounding as colorful as ever…the highlight of Resort is “Animation.” Like other producers in Japan today, OKLobby slices up voices and sets them against uptempo music. Yet “Animation” stands out because of how poppy it sounds, avoiding smudginess or wonkiness in favor of something that could be ripped out of a kid’s show. Download the album for free here.