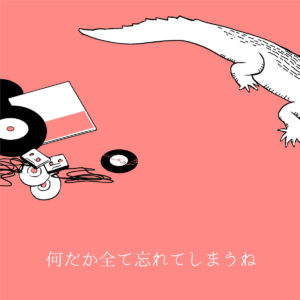 It’s easy to forget that one of the benefits afforded by the internet…at least in theory, not sure how this has gone down in reality…is the ability to just do what you want, without fear of existing boundaries and restrictions. Omoide Label has been one of the better netlabels in recent times exploring this maxim, releasing juke compilations and cuddly electro-pop compilations in equal measures. The imprint’s latest, Nandaka Subete Wasurete Shimaune, leans towards the softer side of things, opening up with an ’80s-inspired cut from Takeaki Oda, one featuring heavily compressed vocals and a synth-pop-ready drive. From there, the collection goes all over the place, from the slow-burning folk rock of Onett to an album highlight courtesy of rapper MC Bear (!?), who adds some energy to a pretty laid-back set with a rock-ish number finding him spitting rhymes loud and clear. It ends on a soothing note — Ghostlight’s twinkly indie-pop number “Week End,” which they actually shared earlier this year, but still sounds sweet as ever. Get it here, or listen below.