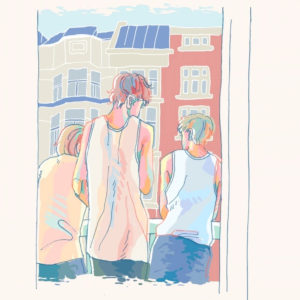 Tokyo’s Peanut Butters keep it simple as can be, and the three-song Peanut Butter release via Ano(t)raks only finds them digging their heels deeper into the bouncy-but-somewhat-shady sound of a band still casting a large shadow over the Japanese indie-pop scene. Peanut Butters draw from The Drums, and do so very clearly, down to letting a similar synth melody wriggle around the up-tempo guitar and all-together-now vocals. They’ve studied well though, with these three songs nailing the catchiness of that group while also working in some more unnerving touches via the sing-speak vocals. Get it here, or listen below.