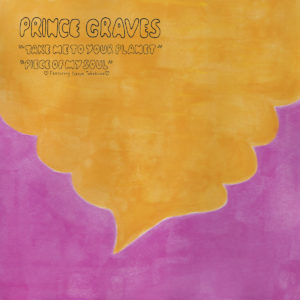 The Prince Graves project initially seemed like it would be venturing into stranger territory when their first song came out. The new outfit of former She Talks Silence member Ami Kawai explored more experimental areas while also touching on the shadowy indie-pop of that previous group on their debut album, too, but their newest single moves in a slightly different way. “Take Me To Your Planet” is woozy indie-pop yearning, featuring the most rollicking melody Prince Graves have created yet coupled with vocals that express an upbeat hope rather than Lynch-adjacent dread. Taken with the breezy hammock of a song “Piece Of My Soul” (somewhere between Mac DeMarco and Boys Age), this single shows Prince Graves moving a little closer to the indie center. Get it here, or listen below.