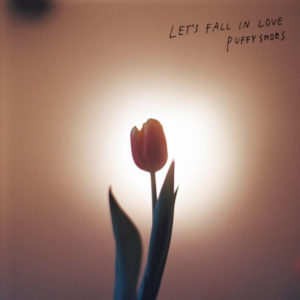 A season of returns continues with rock duo Puffyshoes announcing their return with a new song. The pair released a lot of music at the start of this decade, all of it wrapped in a layer of feedback that concealed the often downbeat lyrics — songs about parties and crushes usually weren’t looking at them from a totally positive angle. “Let’s Fall In Love” tows similar terrain — the object of attraction isn’t there, and the lyrics leave space to reflect on loneliness (Puffyshoes have always made a lot out of economy too –they fit a lot of feelings into a song less than two minutes long). But they also sneak in plenty of excitement at the prospect laid out right in the title, and that thrill is what powers them forward. Get it here, or listen below.