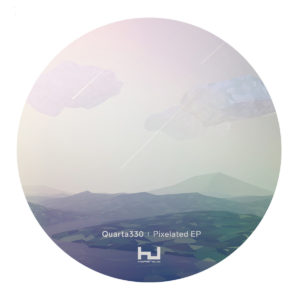 Japanese producer Quarta330 released his new EP Pixelated, his first through London’s Hyperdub in quite some time. I have a feature about him in The Japan Times today, which you can read here. I cover most of my thoughts on Pixelated there…so yeah, definitely click that, this is kind of a “read this other piece I wrote” kind of post…but while listening to the four-song collection over the weekend I also though one thing that makes Quarta330’s music so intriguing is how it brings up old memories without actually aiming for nostalgia. That’s all through his use of 8-bit sounds, but as he is quick to stress, that doesn’t make him chiptune. And I think that’s what makes Pixelated such an interesting listen — whereas your average chiptune act is, to a large degree, interested in the nostalgia video games hold to them, Quarta330 is simply attracted to the sounds, using them in zippy numbers and reggae-tinged bounces. Get it here, or listen below.