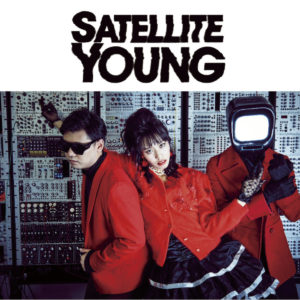 After a series of ’80s-tinged songs released as singles, synth-pop revivalists Satellite Young have released an eponymous album. Springing off of recent posts touching on various shades of backwards-appreciating music, Satellite Young is unabashedly…and gleefully!…channeling Bubble era pop, loading it up with neon synthesizer and the type of singing that would make the golden age of idols smile. No games, no irony…Satellite Young tells you what they like, and then execute an incredible imitation, full of sticky choruses and seemingly cheesy details that actually end up essential for a project so zeroed in on a specific feeling. Lots of familiar earworms reappear — “Sniper Rouge,” “Geeky Boyfriend,” the still-shimmering “Don’t Graduate Senpai!” — along with some new ones (or at least ones I forgot about), including a slow-burning, Vocoder-splashed last dance of a song seemingly inspired by Big Hero 6 (“Sanfransokyo Girl”). Get it here, or listen below. Also check the “Don’t Graduate Senpai!” video below.