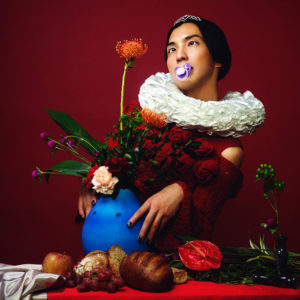 In recent times, Seiho has been exploring space. Last year’s Collapse and March’s “Unreal” single allowed for stretches with plenty of room to stretch out, often for experimentation. On “Purple Smoke,” he shifts the other way, with exhilarating results. The single — rounded out by two other songs — opens with wisps of noise, but then the beat creeps in, joined by keyboard and eventually sharper electronic stabs. Then, “Purple Smoke” blows open. It just rushes forward, noises colliding with one another and producing a rush. “Cherry Pie” finds him hooking up with rapper Kid Fresino, and the Osaka-born producer makes the MC work at his pace, laying down a frantic number for him to zip around, even warping his voice at times. Closing it out is “Memories Of Crying,” another one teasing reflection before bursting into a neon dash. If Seiho spent some time seeing how space could suit a swirl of sounds, “Purple Smoke” finds him controlling the chaos. Listen to it on Spotify or Apple Music, or buy it on iTunes.