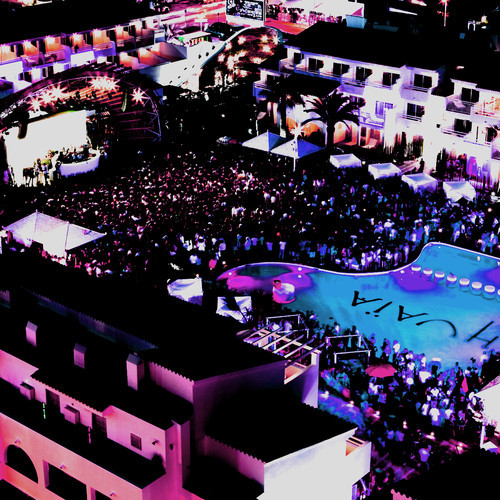 This isn’t the first time non-sampled vocals have appeared on a Shortcake Collage Tape – but this is the first time the words have really drilled in. “Del Mar” finds Azusa Suga (also of For Tracy Hyde) sampling at least part of a song from last year’s Town Age album by Sotaisei Riron, submerging it in hiss and speeding it up ever so slightly. Yet that’s not the real exclamation point here – the singing is urgent, and adds a drama to this song that has never really been clear in this project (last year’s majestic Spirited Summer, for example, got way more mileage out of soaking itself in nostalgia than trying to be ever-present…and it certainly worked). “I’d rather see him drown then make you his wife,” goes the most pointed lyric, and the whole thing is so clear and present it’s sorta eye-opening coming from a project dabbling primarily in chillwave/vaporwave sounds. Listen below.