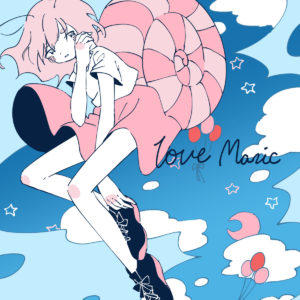 Trying to keep tabs on the Snail’s House universe can be a slightly complicated matter, as the artist behind the project also releases music under other aliases, and even that project features specific series dwelling on certain styles and moods (Alien Pop, Ordinary Songs). Love Magic works almost like a sampler of Snail’s House’s many moods. “Petrichor” and “Cinnamon” follow the same high-energy formula found on the Alien Pop releases, complete with sliced-up vocals cascading over the electro beats. It’s in this uptempo mode that Snail’s House delivers “Pinky Promise,” one of their finest yet and evidence that Snail’s House has gone from an artist on the border of lo-fi hip-hop beats to maybe being, like, Yasutaka Nakata-level good at the speedy stuff. The back end of Love Magic goes in a sparser direction, with skippier fare like “Mint” leading into one of the most atmospheric tracks Snail’s House has ever conjured up with “Natsu Matusri.” This is Snail’s House at their most well-rounded, all of their approaches on full display and approaching their best. Get it here, or listen below.