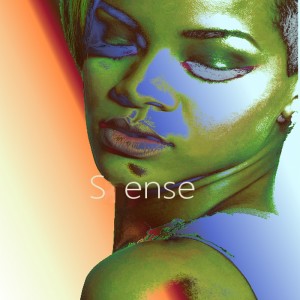 It has been a long and twisty journey for Soleil Soleil. The Osaka music maker started out releasing music under the name OMEGABOY a few years ago, while also playing in the band Talking City 1994. The music he made or contributed to in those two projects were, to keep it simple, were pretty weird – Talking City 1994’s best was jittery rock accented by his weird out-of-time (or, maybe, 1994-worthy) synths. OMEGABOY, meanwhile, was a blasted-out electronic project that at times featured original vocals over “retro” music, and other times was a bit weirder (the song that sticks with me is the one where OMEGABOY looped a John Cena promo over and over again. Sadly it has vanished). Eventually, he changed his artist name to Soleil Soleil and, for a while at least, kept up with the more jagged electro-pop.

The album Sense features a few moments bordering on the experimental – “Innocence” sounds like a fractured field recording punctured by strange percussion, and most surprisingly his remix of Usher’s “Climax” is a subdued, subtle thing that’s almost as chilly as the original, albeit with a slight oft-kilter groove. Yet the bulk of the album highlights the sonic shift Soleil Soleil made sometime last year – dude now makes pretty straight-ahead house music, and he’s pretty good at it. “Doesn’t Mean Anything” swipes a vocal from an Alicia Keys song and constructs a shuffling electronic dance number out of it. All the highlights here – “Pump,” “Over,” “Take It Easy” – are built around the hallmark sounds of house, most notably vocal samples turned into anthems. This collection gathers SoundCloud uploads from across the project’s history, and it is a fantastic dance album. Get it here, or listen below.