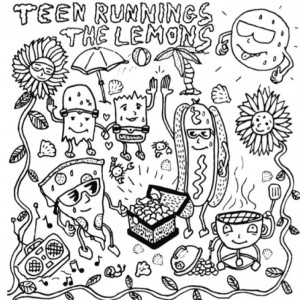 Yesterday, we saw the first taste of LLLL’s Zoom-Lens-released album, and now we have another American/Japanese partnership to highlight. Chicago-based label Gary Records is no stranger to releasing non-American music – they’ve also spotlighted groups from Taiwan, Australia and Ireland – and they’ve brought Tokyo’s fuzzed-out surf-rock trio Teen Runnings into the fold for a release alongside the Windy City’s The Lemons. It’s a pretty solid mix – both exist in lo-fi realms, but with a pop bend. The Lemons’ three songs sound a little more clear, a bit more clear pop – especially on the quiet, bird-accented “Rambo.” Teen Runnings, meanwhile, are more aggressive, and the feedback is more clear. The two songs here aren’t technically new – they’ve been floating around for some time – but finally get a proper release here. Get it here, or listen below.