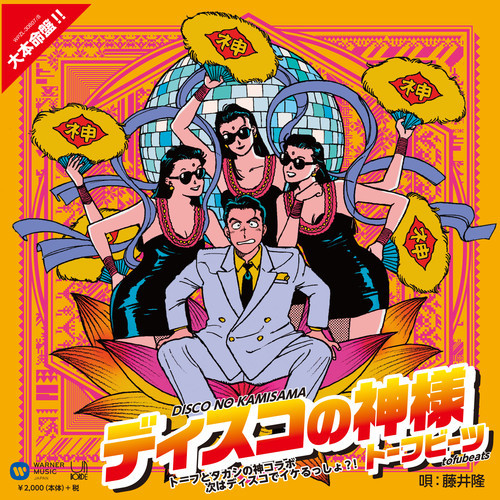 Is Takashi Fujii – a comedian and singer, who you might know as hosting the fictional TV show in Lost In Translation – the god of disco? That’s probably a topic worthy of a townhall debate, but he’s been recruited to sing on Kobe producer Tofubeat’s forthcoming single “Disco No Kamisama” (“God Of Disco”). For Tofubeats, it is a shrewd move to prep this disco-flavored tune as his next major release – disco is having a bit of a moment in Japan, propelled (most likely) by the popularity of “Get Lucky” and Daft Punk’s subsequent Grammy wins (also growing, albeit more slowly: Macklemore). There are mid-day TV shows devoted solely to disco, and all sorts of new comps. “Disco No Kamisama,” though, isn’t a strict late ’70s worshipping jam, as Tofubeats has packed this one full of all sorts of swerves and details. Highlights include some darling backing vocals, all sorts of sounds borrowed from throughout the history of dance music (record scratches, acid stabs) and a heck of a chorus. It’s a titan of maximalism. Listen to the radio rip below.