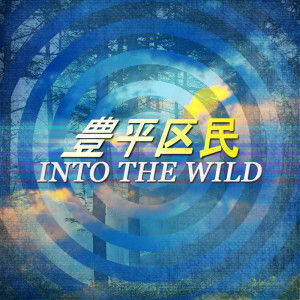 The “guilty pleasure” has become an archaic term in 2014, and one that deserves to recede into history as a goofy term that existed in far meaner times. Yet a worthy replacement for contemporary times would be music one feels no hesitation liking…but is hesitant to share with others (whereas the “guilty pleasure” always carried an air of smugness to it – “oh, I’m better than everyone else, but I do like professional wrestling!”).Which is a long way of saying – I really like vaporwave music, but I’ve never felt more confident about a style of music being less accessible than it. I expect zero people to enjoy it, but that’s not stopping me from overloading on .ZIP files.

Anyway, I’m always hesitant to share this sort of music, though this time around that would have been a mistake. Japan’s Toyohirakumi falls under the large vaporwave umbrella, but latest collection Into The Wild doesn’t feature many of the hallmarks of the style (more where it is released on). It is a gentle, easy-going set that swivels from drowsy instrumentals to more playroom-ready romps (“Deer” is super-goofy fun). Give it a whirl, even if you don’t think it’s for you. Get it here, or listen below.